Skip to content
Home/Blog Homepage, Ships, Stuff/Seasickness can happen but it can be avoided

Seasickness can happen but it can be avoided

How to handle mal de mer 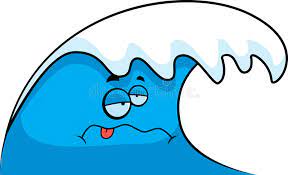 Well we’re sailing again! Hooray. But for a few folks getting on ship might mean a bout of seasickness aka: mal de mer, especially during bumpy seas.  However, it shouldn’t ruin your cruise. There are remedies. And in the words of a witty former Princess Cruises‘ captain, John Young, “A ship is a ‘her’ or ‘she.’ And like a woman a ship’s bosoms often heave.” This almost always got a few chuckles.

Even the greenest-looking passengers had to laugh. In the last few years, rough seas, including a few rogue waves and severe storms, have been ‘rocking the boat’ and causing even veteran seafarers to feel a little queasiness.

Seasickness is hardly fatal. But symptoms such as nausea, stomach cramps and vomiting is no laughing matter. Still, choppy seas are not the only cause of motion sickness. According to scientific studies, some folks simply convince themselves  that being on a ship will make them ill. Other people possess a genuine proclivity for motion sickness and suffer more during rough seas.

According to experts, young people between the ages and 3 to 12 and women are often the most susceptible to seasickness. Other authorities say that travel-oriented maladies are less prevalent in people 70 and over. 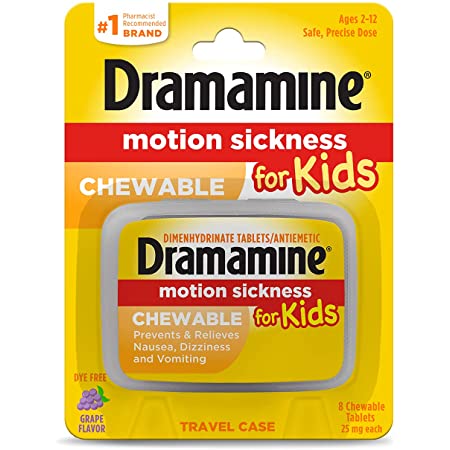 If you have a fear of motion sickness, arm yourself before you board a ship. Take preventative measures. One of the most widely recommended remedies is Transderm Scopola –a patch placed behind the ear, at least eight hours before boarding a ship. Available only by prescription, the Scopola lasts about 72 hours. It can only help prevent symptoms, not treat them.  And there are possible side effects such as dry mouth, blurry vision, drowsiness and dizziness.”

There are also efficacious non-prescription drugs such as Dramamine, Meclizine or diphenhydramine (commonly known as Benadryl) which are often freely dispensed at shipboard infirmaries or sold in the sundries shop. Stronger, more effective prescription drugs are available only from a physician. And while the ship’s doctor can prescribe them, it will cost you the price of an office visit plus the pills, so you’re better off going to your personal physician). Promethazine and Ephedrines when taken together produce rapid results but offer potential side effects such as sleepiness.

Suppositories, administered by the ship’s physician works magic for some people. A non drug option are wrist bands.  Amazon.com has a good selection. The bands are acupressure-inspired products with  a plastic bead that pushes against the Nei-Kuan pressure point located on the palm side of the wrist. It helps to curb nausea and vomiting without any side effects. Available in both adult and children’s sizes they’re safe for pregnant women and available without a prescription at most drug stores.

Getting your sea legs 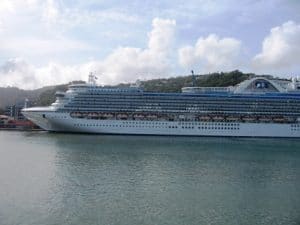 To adapt to shipboard life head up on deck and stare directly into the horizon as soon as you get on board in order to gain equilibrium. It’s also not a bad idea to request a cabin in mid-ship where movement is minimal. Another precaution is to take only port intensive cruises with fewer days on the open seas. It’s also a good idea to avoid itineraries where the ocean is bound to be rough such as North Atlantic crossings or the Caribbean during hurricane season (usually September). It doesn’t hurt to stick with ships of 50,000 tons or more which provide added stability.

Go easy on the food

While this may be  hard to swallow, eating lightly the first few days onboard can also help you feel less queasy. Stick with clear broths and saltines. You might lose a pound or two but you can reward yourself with extra desserts when you feel better. Ginger ale and/or ginger capsules and saltines also help when you’re feeling sick to your stomach.

Just remember seasickness is often just a state of mind. So plop down in that deck chair and try not to think about. Chances are it won’t happen to you. Just be glad to be able to cruise again. And don’t forget to contact a helpful, friendly Pavlus agent for all your cruise and tour needs.