But only in premium classes and five markets 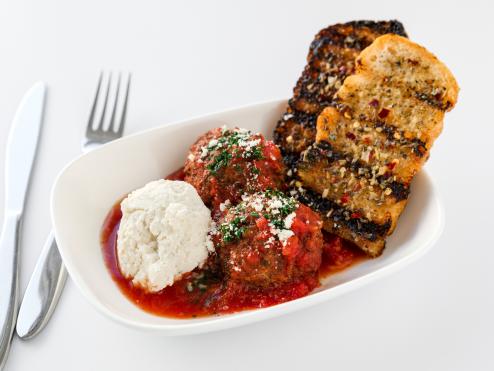 After going hungry in First Class flying from Los Angeles to Maui, it was refreshing to hear that Delta is bringing back hot, fresh food service.  Don’t get too excited.

The meals are being served, so far, only in the front of the bus. But snacks in the back of the plane are getting better, too.

Where to get a hot meal on Delta

If you enjoying eating inflight you’ll be able to in Delta One and First Class seats during flights between Boston and New York-JFK to and from Seattle. Food is also in store for premium passengers on Los Angeles and San Francisco routes.

Guess what! Delta’s resuming bread service. Which I really missed on my last flights. The airline is featuring locally sourced sourdough bread and batch-churned, slow-cultured butter from Atlanta-based Banner Butter. Customers in these cabins will be able to browse the menus digitally via their seatback screens. 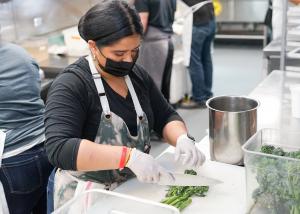 Los Angeles  Delta partners and chefs Jon Shook and Vinny Dotolo are preparing their acclaimed Italian-American fare. Some staples you might enjoy include marinara-braised meatballs and juicy chicken parmesan. Their recipes feature local, fresh and seasonal ingredients inspired by the dishes served at Jon and Vinny’s popular eateries, including Animal, Son of a Gun and Jon & Vinny’s.

The Los Angeles-based duo  and Delta have been partners  since 2017.  They assisted Delta with the airline’s food donation efforts amid the pandemic by preparing and distributing produce and meals to the L.A. community. “Welcoming customers back to our restaurants has been really special, and we’re just as eager to play a role in welcoming Delta customers back on board,” says Shook.

For passengers with airborne munchies Delta is offering its snack baskets in  Delta One, First Class and Delta Comfort.  People  on domestic longer-haul flights  can nosh on Kind Energy bars, potato chips, cookies and more. For extra sustenance you can pop for a Flight Fuel snack box that contains protein bars, beef jerky, chips  etc. 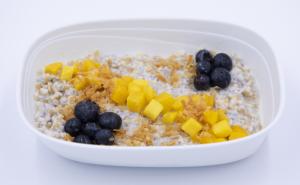 And stay tuned  breakfasts, sandwiches, salads and bowls are on the horizon. But not until later in the summer on flights of more than 1,500 miles within North America, the Caribbean and Latin America.

So as Scarlet O’Hara so perfectly put it, “we’ll never go hungry again.”

Safe and happy landings where ever you go.