Past passengers share why they love Grand Voyages on Holland America

Holland America is bringing back its popular Grand Voyages and not a moment too soon for fans such as Margaret Uhry.  Margaret  has three HAL World Cruises on her nautical belt. And, she is planning to sail  again in 2022.   The Ohio school teacher was happy to share some of the reasons she loves cruising with HAL. “I really enjoy the food,” she beams.  “And, I  like that there is always a clergy of Catholic, Protestant, and Jewish faiths on board,” Margaret says.

Margaret speaks highly of  the hotel staff. “They are sensational, friendly  and willing to interact with each individual passenger.”  “They try to fulfill any request no matter how outrageous it might  be,” she beams. Margaret says she appreciates that the atmosphere isn’t stuffy and that the dress code is reasonable.

Cruise veteran, Barb Shannon echoes much of Margaret praises, and adds a few of her own.  Her most recent voyage was  Jan. 4, 2017 to April 26, 2017. “It  was about as straight around the world as you could get,” she explains.

Barb’s  highlights include the food, ports, dance classes, crew, cabin steward, dressing up in the evening and going to the spa. She says she always books manicures, pedicure, hair services and facials on the ship.”

Nancy Vendetti is a friend of Barb who shares similar sentiments from a cruise they took together.  “The four months flew by too quickly  I was not bored for one second.”  ” Activities were many as were quiet nooks to hide away.”

Nancy says she took advantage of  well stocked library.  She also likes dressing up dinner was fun and going to the shows.

“As a solo passenger I felt very comfortable getting on the dance floor and mixing with the other dancers,” Nancy recalls. She’s also ready to sail again on HAL’s 2023 world cruise. “There are so many places I have not been. Who knows, it could be my second world cruise.”

Pretty much the prince of world cruises, Holland America is offering a series of what it calls, “voyages for dreamers, that last 71 to 127 days. These lengthy journeys are very popular with Holland America’s clientele, many who return regularly.

The journeys take place around the world, in Africa, South America and Antarctica. It’s the pinnacle of cruises with access to six continents. 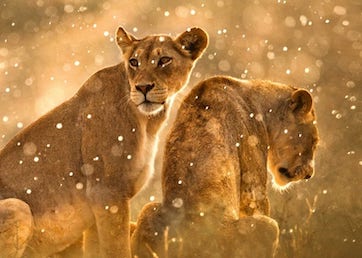 This 71-day odyssey begins on Oct. 10, 2022 on Zaandam. It’s a round tripper from Fort Lauderdale that does a clockwise navigation around the continent.

The Jan. 3, 2023 odyssey on Zaandam and lasts 127 days.  It  goes roundtrip from Fort Lauderdal  and  circles the globe on a westward route. Additional routes include  the South Pacific,  New Zealand and Australia.

This 74 day sojourn takes place on Volendam. It does a roundtrip from Lauderdale that begins on Jan. 3, 2023 on an itinerary that circles the continent on a counterclockwise route.

Booking are now open for Holland America Gdrand Voyages at Pavlus.com or with a Pavlus agent at 800-528-9300. And if you reserve your space early you’ll get some big bonuses.