From Japan’s Inland Sea to the Alps

With our native Trip Leader and intimate groups, you’ll come face-to-face with the culture and beauty of Japan, meeting residents who are eager to share insight into their daily lives and traditional ways. 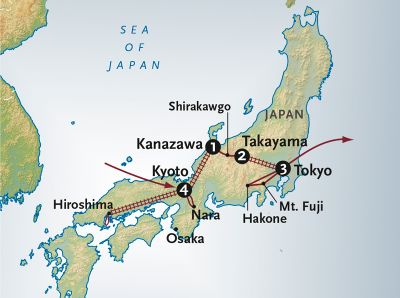