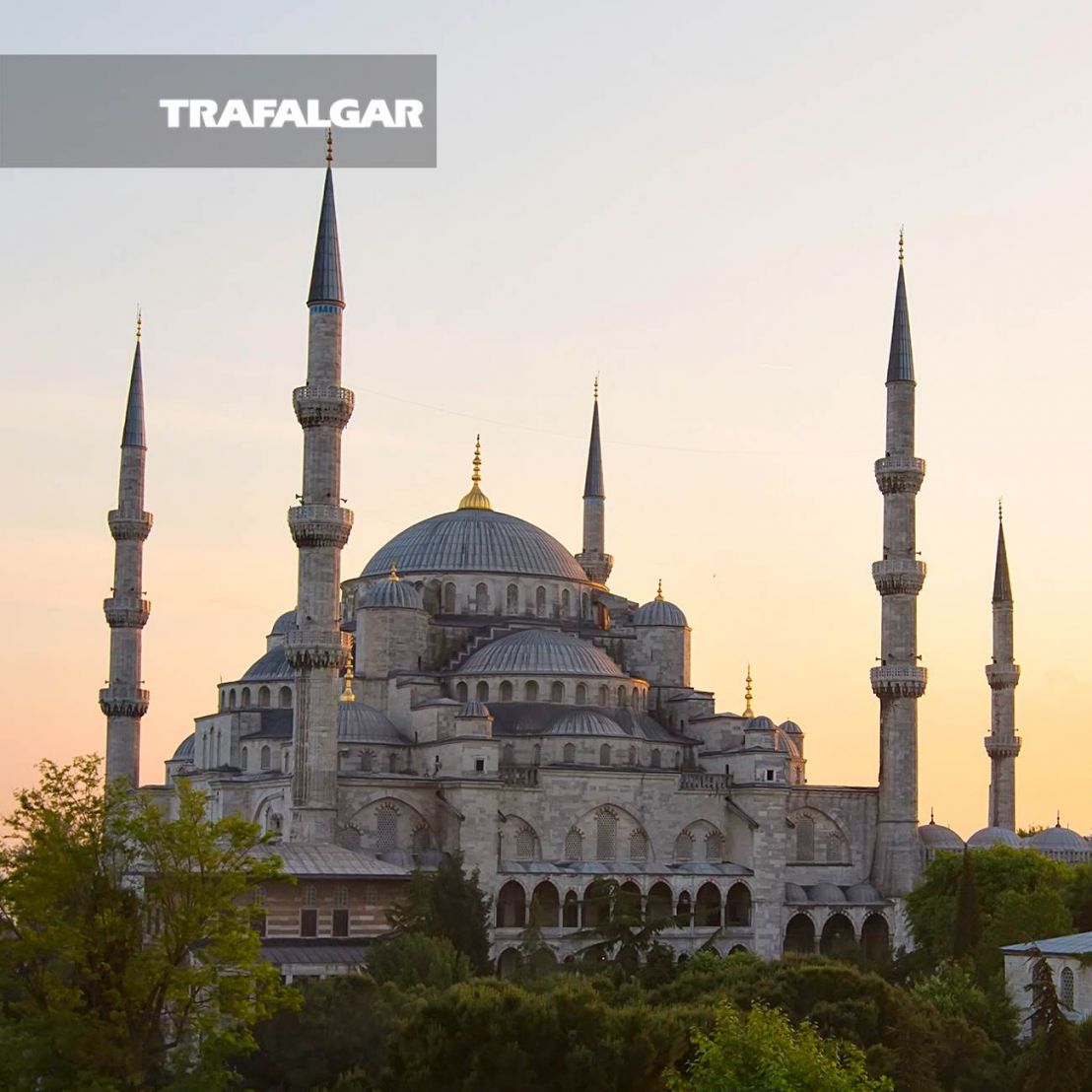 Get Excited. Savings of up to $2,500 per couple on Costsaver Tours. You're in good hands, Pavlus Travel is one of the largest sellers of Costsaver Tours in the World. Don't forget we Guarantee the lowest prices of every Costsaver Tour. If saving money on the cost of your Costsaver vacation is important, Pavlus Travel will save you that money. It's easy call 800.528.9300.

East meets west on this 15-day journey across the fairy-tale landscapes and ancient landmarks of Turkey. From the lavish palaces of Ottoman sultans to Roman ruins along the Turquoise coast, you'll delve into the diversity and colourful multicultural experience that Turkey serves up in spades. Visit the enchanting cotton castles of Pamukkale, the surreal landscapes of Cappadocia and ancient trading routes once plied by camel caravans. 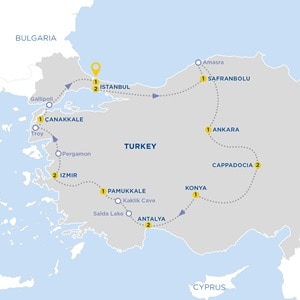 Ankara Visit the Museum of Antolian Civilisation and Ataturk's Mausoleum
Antalya See the Roman harbour on the beautiful Turquoise coast
Cappadocia Visit Pasabagi and the Red Valley and marvel at the underground city of Sarhatli
Gallipoli See Anzac Cove, Lone Pine and Chunuk Bair Cemeteries
Istanbul Sightseeing includes the Topkapi Palace, the Blue Mosque and the Grand Bazaar
Izmir View a blend of modern and traditional in the many markets, mosques and churches
Konya Visit the Mevlana Museum, home of the Whirling Dervishes
Pamukkale See the Cotton Castle springs and the ruins of the Roman health spa of Hierapolis
Pergamon Visit the Asclepion Medical Centre
Safranbolu Visit Eski Carsi and Arasta Bazaars
Troy Visit the ruins of the ancient city and see the Wooden Horse