Ancient Greece With Santorini and Crete

Unearth the grandeur of the ancient world on this singular journey combining premier archaeological sites with the beauty and lore of the Aegean and her isles. As the ancient world comes alive in Athens and the Peloponnese, Crete and Santorini, we celebrate the glory that was Greece – and still is today.

Note: Some dates may travel with a reverse itinerary. 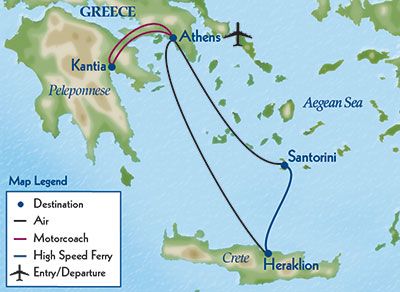