From Lisbon to the north of Portugal, through the Alentejo region and south to the Algarve, our small group navigates the gentle charms of this country rich in history, blessed with natural beauty, and well-versed in hospitality. Complementing our discoveries: stays in three unique pousadas, Portugal’s famed historic lodgings.

Note: Some dates may travel with a reverse itinerary. 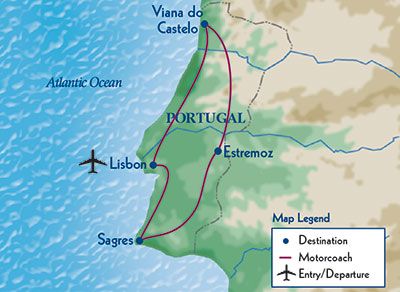