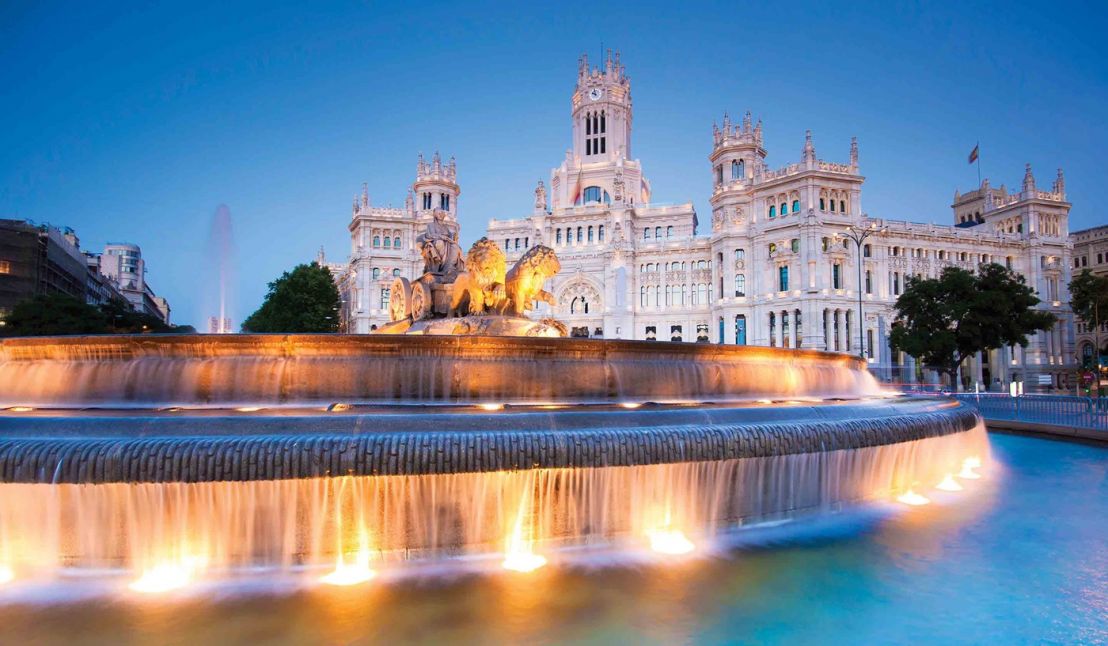 Tauck Tours - All Tauck specials on Tauck Escorted Tours, Tauck River Cruises & Small Ship Sailings. Pavlus Travel is the World's Largest seller of Tauck Tours. We feature the latest prices on Tauck European Vacations. Tauck is number one on the list of Top 10 Tour companies. Our entire staff have graduated from the Tauck Academy. Pavlus Travel are simply Tauck experts and can answer all questions including Tauck Guest Protection Plan. Never any service fees. You will find every European Tour of your dreams with Tauck.

Iberia... rediscovered, on a journey unlike any other that explores scenic and cultural contrasts of Spain and Portugal, sharing the Iberian Peninsula for centuries.
There’s a lot of history to be rediscovered in Lisbon at places such as Mosteiro dos Jerónimos, the Discoveries Monument and the Tower of Belém, and in the World Heritage Site towns of Porto and Sintra, where rich cultural landmarks and traditions chronicle lifestyles of centuries past. Neighboring Spain entices with landscapes dressed in romance, from storybook villages in Andalucía to tales of "the Rock" in Gibraltar, flower-decked streets in Seville, and sun-kissed beaches in Marbella. The Moors lingered in Granada and Córdoba the longest, and the royals set up palaces, elegant city squares and the treasured El Prado in majestic Madrid. Rediscover them all, in depth, for two glorious weeks... 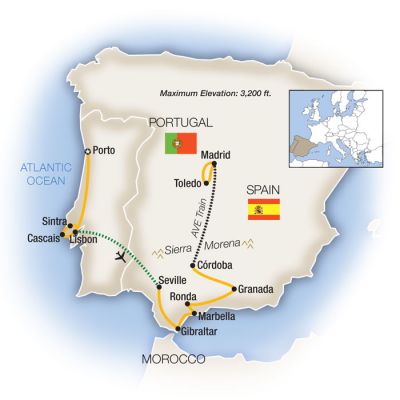 Iberia... rediscovered, on a journey unlike any other that explores scenic and cultural contrasts of Spain and Portugal, sharing the Iberian Peninsula for centuries. There’s a lot of history to be rediscovered in Lisbon at places such as Mosteiro dos Jerónimos, the Discoveries Monument and the Tower of Belém, and in the World Heritage Site towns of Porto and Sintra, where rich cultural landmarks and traditions chronicle lifestyles of centuries past. Neighboring Spain entices with landscapes dressed in romance, from storybook villages in Andalucía to tales of "the Rock" in Gibraltar, flower-decked streets in Seville, and sun-kissed beaches in Marbella. The Moors lingered in Granada and Córdoba the longest, and the royals set up palaces, elegant city squares and the treasured El Prado in majestic Madrid. Rediscover them all, in depth, for two glorious weeks...

Highlights
TAUCK'S YELLOW ROADS – Enjoy breathtaking vistas as you climb from seaside Marbella to cliff-top Ronda, and into the Sierra Nevada mountains to Moorish Granada
A ride on a rabelo boat on the Douro and a visit to a Port wine cellar with lunch in Porto
In Seville, lunch with an equestrian show, and a horse-drawn carriage ride

People have asked, What's the relationship between Pavlus and Tauck. It's simple, Pavlus Travel is the Worlds largest seller of Tauck Tours. We enjoy a close working relationship. Another question, Are Tauck Tours worth the money? They sure are. Yes, Tauck is a bit more expensive. Everything is taken care for you on your tours. Tauck tour directors are all employees of Tauck unlike virtually every other escorted European Tour Company. We highly recommend Tauck verses any other tour company. There are two other questions asked often of our staff, What is the tauck guest protection plan and what is the tauck cancellation policy? Our staff will be pleased to provide complete answers to you. We always welcome questions on any travel topic.
Trustpilot