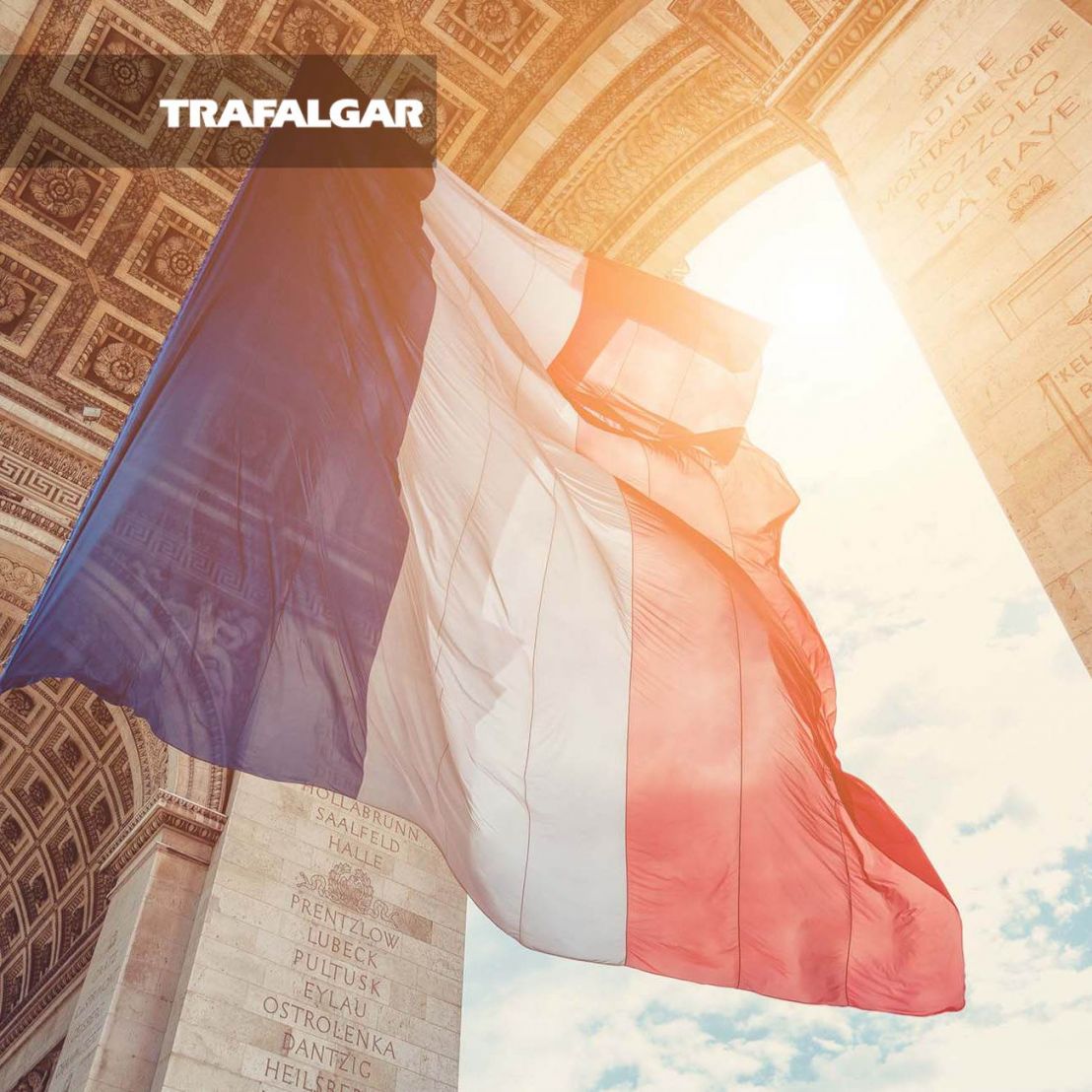 Tune into the Mozart melodies of Austria, admire Gaudi's Art Nouveau fantasies in Barcelona and visit the spiritual hub of the Vatican on this in-depth encounter with Europe. 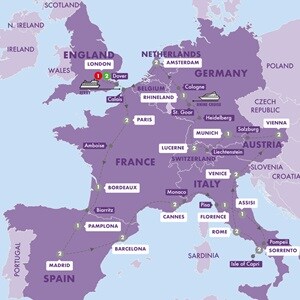 ORIENTATION of Bordeaux, Biarritz, Pamplona, Cannes, Monaco, Pisa, Sorrento, Venice, Munich, Lucerne, Heidelberg and Amsterdam
VISIT the Prado Museum in Madrid, the Academy of Fine Arts in Florence, the excavations in Pompeii, St. Peter's Basilica in Rome and Vaduz - the capital of Liechtenstein
VIEW Château Amboise, the ancient sites of Rome, the Eiffel Tower and Notre Dame Cathedral in Paris
SEE the Somme Battlefields and the Lorelei Rock in Rhine Valley
SCENIC CRUISE to the Isle of Capri, along the Rhine River and through Amsterdam's canals

Audio Headsets for flexible sightseeing
Daily breakfast and up to half your evening meals
Luxury air-conditioned coach with Wi-Fi in most countries or alternative transportation (such as rail journeys)
The services of a Trafalgar Local Host at your London hotel
Return ferry across the Channel from Dover to Calais
Cherry-picked hotels, all tried and trusted
Optional Experiences and free time
All porterage and restaurant gratuities
Must-see sightseeing and surprise extras
An expert Travel Director and professional Driver
All hotel tips, charges and local taxes
London airport transfer service is available to purchase. Conditions apply.
Handcrafted Highlights
VIP entry to many sights

29 breakfasts
7 dinners (including Be My Guest)