With our engaging native-born guide, our unique Israel tour reveals amazing stories of Biblical antiquity. In the intimate company of never more than 16 guests, you’ll also experience the vibrancy of 21st-century life in this ancient land. And every night, you’ll delight in our charming boutique hotels and 5-star property overlooking Old Jerusalem. 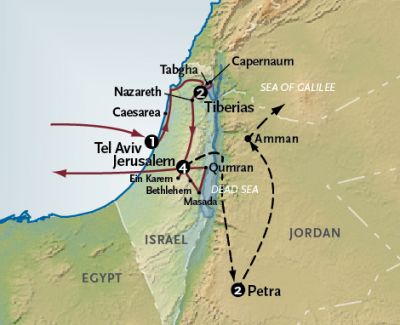