Our intimate style and China’s finest all-balcony small ship distinguish this journey. Delight in our 5-star city-center hotels and let our expert Chinese Trip Leader bring you deeper inside the history and culture of their native land. Exclusive cultural engagement, like spending time with tea farmers outside of Hangzhou, promise truly unique and rewarding experiences. 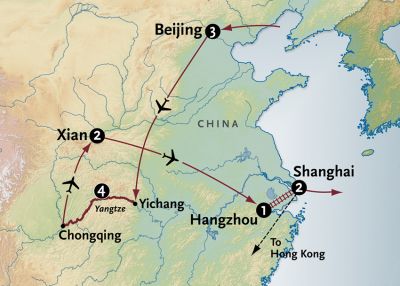