The Czech Republic boasts a magnificent heritage of castles, medieval towns, palaces, churches, and above all, its romantic capital, “Golden” Prague. It is a relatively small country in Central Europe (30,000 sq. miles) composed of Moravia with its endless fields and vineyards, Bohemia, which is highly industrialized but also famous for its beers, and Moravian Silesia with its iron industry and coal mines. All over the Czech Republic you can visit many elegant spa cities.

For over 1,500 years, the history of the Slavic Czechs (the name meaning “member of the clan”) was influenced by contacts with their western, German neighbors. According to popular belief from ancient times, the Slavic Premysl royal family was replaced by the Luxemburg family in the first half of the 14th century after assassination of the king Wenceslas III. Charles IV, the Holy Roman Emperor, brought prosperity to the land. Jan Hus, the early church reformer who was burned at the stake for heresy, founded the first Reformed church here almost 100 years before the Lutherans. The Hapsburgs started to rule the state from the first half of the 16th century; they managed to quell the Protestant spirit of the nation temporarily but were powerless against the surge of national feelings in the 19th century, which resulted in the foundation of Czechoslovakia following WWI—a foundation which lasted for 74 years (until the end of 1992). After WWII (from 1948) the country was ruled by Communists for 41 years until the Velvet Revolution in fall of 1989.

Czech cuisine is an interesting blend of neighboring influences from Germany, Austria, and Hungary. Meat is considered law; the local venison and wild boar is delicious, as are dishes with sauces and dumplings (the most typical local side dish in many variants). Shoppers will not be disappointed either; highly valued Bohemian crystal, jewelry with unique Czech garnets, and classical music all make good buys.

Visas to Czech Republic are not required for US citizens. If you hold a passport from another country, please check with your local consulate about requirements for travel to Czech Republic. All passengers traveling internationally are required to have a passport. Please carry proper identification (your passport) on you and do not leave it in your suitcase or hotel room.

Throughout the Czech Republic, the currency is the Ceska Koruna (Czech Crown). The currency code is CZK.

For the most current exchange rates, please go to our website at Globusjourneys.com/Currency. Euro are becoming more widely accepted in the Czech Republic, but the majority of shops and restaurants only accept and give change in Czech Crowns (some places may provide change in Euro). Credit cards are widely accepted (mostly Visa and MasterCard), and you will have no issues using them.

Please note that soft drinks and mineral water are often as expensive, if not more expensive than wine or beer. (The approximate cost of a 500ml glass of beer is 25-40 CZK).

It is not advisable to visit restaurants/bars promoted by taxi drivers or people on the street. In order to avoid scams in restaurants/bars, ask to see the menu and prices before ordering. If paying by credit card in restaurants, check beforehand which cards are accepted (usually displayed on signs next to the entrance). It is not uncommon for strangers to share tables with each other in the Czech Republic.

Sales tax or VAT (value added tax) is included on price tags. To obtain VAT refunds (which may take up to three months to process) special forms usually have to be stamped by Customs; please ask for a taxfree shopping form with each purchase and follow the instructions for completion; not all shops may offer this service, and minimum amounts may apply. Customs import charges on items shipped home are not included in purchase prices.

Voltage for outlets is 220V. North American voltage is generally 110V. Therefore, you will need a converter for your travels. Adapters will be necessary to adapt your plug into the outlet, but these may not convert the voltage, so both devices are necessary. 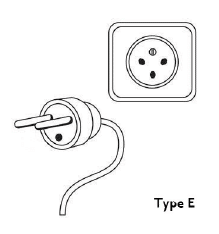 Czech Republic has warm, wet summers and mild winters.Weather can be unpredictable in spring and fall, so pack mixed layers for all eventualities. To help you plan, below are average low and high temperatures for Czech Republic.

Be aware of cultural and behavioral differences in Eastern Europe; you may not be greeted as cheerfully as back home; smiling is generally reserved for intimate friends! So be especially wary of people presenting themselves as “instant friends” and never accept any offer of food or drink from strangers.

Be aware of cultural and behavioral differences in Eastern Europe; you may not be greeted as cheerfully as back home; smiling is generally reserved for intimate friends. So be especially wary of people presenting themselves as “instant friends”, and never accept any offer of food or drink from strangers.