The Netherlands’ geography and geology are unique and have shaped its history and the character of its people. Named after the land’s unusually low location above sea level, about 15% of Holland’s 16,000 square miles is reclaimed land. The Dutch were pioneers of dike building and drainage canals, and the country’s development has always been influenced by its continuous struggle with the sea. A millennium ago, the western part of the country, known as Holland, controlled trade between the Baltic Sea, the British Isles, and the Mediterranean territories. In the late-16th century, it became a formidable power when Dutch explorers and merchants brought back valuable commodities from around the world. The best mapmakers of the time were feverishly producing updated versions of maps and globes based on a stream of information being brought back by its enormous merchant fleet. Buoyed by its wealth and status, the Netherlands experienced a Golden Age (1580-1720) in which the arts, trade, and science, as well as freedom of speech and publication, flourished. Many religious treatises were published, and Rembrandt, Vermeer, and Frans Hals created masterpieces that can be admired today in the Rijksmuseum. In 1795, Napoleonic troops invaded Holland, and its status as a world power began to wane. When the Napoleonic empire collapsed, the Netherlands became a royal nation under the house of Orange Nassau. After its occupation during WWII, Holland was able, with the help of the Marshall Plan, to restore its industries; today it holds a strong position in the international market thanks to the quality of its products.

Wherever you are in the country, you are always reminded that you are never far away from a large expanse of water; enormous clouds and moisture in the air cause special effects. The light becomes very mellow while the sun is setting, captured majestically by Rembrandt, Vermeer, and Van Gogh in their paintings.

The best pictures of the exuberantly decorated facades of the old city mansions are along the 17th-century canals of Amsterdam, the vibrant, friendly capital. Imagine the original gardens and hothouses where gardeners struggled to keep alive their prized exotic plants and flowers from overseas—small beginnings of one of the world’s most important horticultural industries.

Visas to Netherlands are not required for US citizens. If you hold a passport from another country, please check with your local consulate about requirements for travel to Netherlands. All passengers traveling  internationally are required to have a passport. Please carry proper identification (your passport) on you and do not leave it in your suitcase or hotel room.

The official currency of the Netherlands is the Euro.

Credit cards are widely accepted (mostly Visa and MasterCard), and you should have no problems using them in larger shops and restaurants. Smaller shops may ask you to pay in cash or have a minimum amount required to use a credit card.

Please note that soft drinks and mineral water are often as expensive, if not more expensive than wine or beer.

If you purchase tulip bulbs while in the Netherlands, please ensure that these are certified for import into your home country. Otherwise they are likely to be refused at Customs on your return home.

A few coins will be needed for public restrooms. 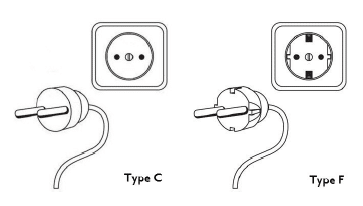 In spring and fall weather can be unpredictable, so pack for all eventualities (a mix of mainly warm and a few lighter items). Rain wear is recommended year-round. To help you plan, below are average low and high temperatures for Netherlands.